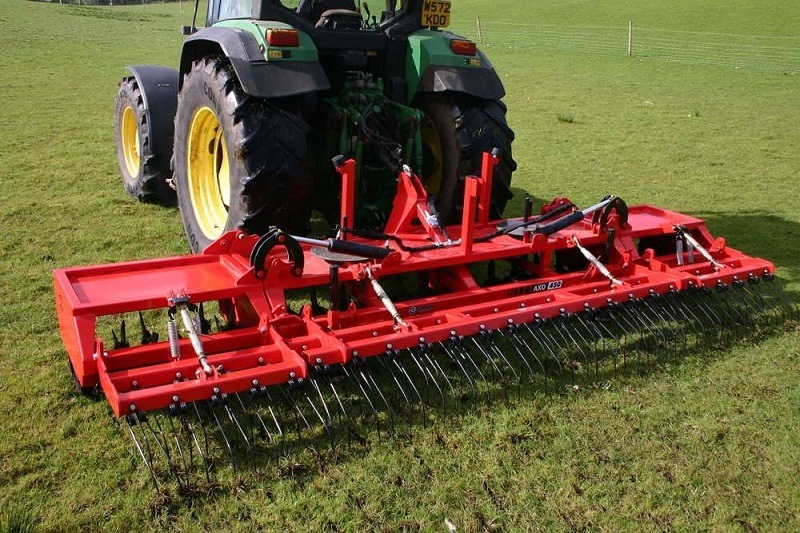 Harrowing: The Best Way To Properly Maintain Your Fields

Keeping your fields maintained is always a challenge, and it is hard enough to keep up with all of the agricultural terms if you're new. Harrowing and plowing are both integral to the upkeep of your field, but they do something slightly different from each other, although they may seem broadly similar to the uninitiated.

Of course, you should never try to tend to your fields unless you know exactly what you are doing, as you may end up doing lasting damage if you make an ill-advised move. If you don’t want to spend a year getting your soil back in order, then you’ll want to follow along with what we have to say closely.

While plowing is rather well-known, even outside of farming circles, many people aren’t acquainted with harrowing farming, even if some would recognize a harrow upon seeing one. It is easy to get confused when comparing harrowing and plowing, but they have distinct objectives and are often used in conjunction.

Agriculture is more than a matter of having the right equipment to tend to your fields, as you will also need to right skills to do it properly. Over the course of today’s guide, we’ll cover what you want to know about harrowing, including what it is, why you need to do it, and much more.

The definition of harrowing is a soil preparation method that is often used in conjunction with plowing to ready a field for seeding. Harrowing is performed with a harrow, and it is sometimes confused with plowing, as they may appear similar at first, but plows go deeper into the soil and are typically wider.

Harrows feature a row of discs, tines, or chains that are evenly-spaced out and dragged through the upper surface of the soil. The method of locomotion for harrows has varied over the years, with the first ones being pulled either by horses or by manual laborers, with most models today being pulled along by tractors.

A harrow is a broader implement that is used on an entire field as opposed to a single row at a time, as that role is reserved for a cultivator. There are also drags, which are larger, heavier harrows that used to be used for the purpose that power harrows and disc harrows are now made for.

Harrows are not directly related to plows in design, but they have a joint application, as harrowing is usually performed right after a field has been plowed. Let's take a look at some of the imperfections that can be improved by harrowing, especially after the soil has just been plowed.

How Does Harrowing Benefit Soil?

So what does harrowing farm do for your field? A better question would be to ask what it doesn't do, as it is one of the most versatile agricultural practices. From preparing your crops for seeding to ensuring that weeds don't grow, you'll want to make sure that you harrow your soil whenever possible.

Eliminates Clumping And Mixes Up Sod

If you’re a relatively experienced farmer, then clumping is probably the bane of your existence. How many times have you thought that a field is ready for seeding, and then you go over and discover that the soil has ended up clumped? Harrowing is one of the best ways to eliminate clumps.

Most of the time, excessive clumping in soil is caused by plowing, which is why you’ll usually want to follow up your plowing job with the harrow. In addition to removing clumps from your soil, a harrow is an excellent tool for breaking up sod and mixing it into the surrounding ground.

Bigger clumps will be harder for the harrow to break up, but it can help bring them up to the surface of the soil where it will slowly be eroded away.

Of course, harrowing is a form of tilling, and it is one of the most effective final measures to use before you plant your seeds. Since harrows provide a fine, even layer of soil, your crop rows will be ready for seeding much faster than they would if you used a rougher method.

Keep in mind that some harrow types will be better-suited for use in finer applications, like preparing the soil for seeding, while others will be a superior option for post-seeding.

The disc harrow is made up of a row of vertically-aligned discs which run through the soil as they are dragged along. These harrows are typically used to break up clods of earth and provide a sort of midpoint between a plow and other, lighter kinds of harrows, like the chain harrow.

Tine harrows are the opposite of disc harrows, used for light applications, such as preparing your soil for seeding. These harrows are excellent for removing weeds from the ground and also smoothing out the top level of the ground. A tine harrow will also make it easier for the soil to absorb water.

The chain harrow is used for a range of different applications, and it will depend on the weight of the chain. Lighter chain harrows will be used similarly to the tine harrow, smoothing out the ground and preparing it. Heavier chains, on the other hand, will bring heavy clods out of the ground to the surface.

The Modern Variant: The Power Harrow

A power harrow is a type of tine harrow that has the tines rotated by a power source. These models have largely taken over in large-scale harrowing operations, replacing exceedingly heavy harrow types that were both cumbersome and inefficient.

We hope that we’ve been able to explain the importance of harrowing for you. A harrow is an incredibly versatile tool that can be used for a wide range of applications on your farm. Feel free to leave a comment down below and let us know what you think.